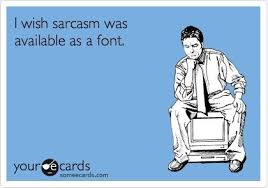 I was reviewing my blog stats, and they showed that my posts which are most popular are the super sarcastic or humorous ones where I talk about the types of detectorists or nuances in the hobby.  It makes sense, humor is fun, people can be funny, and sarcasm just pulls it all together.

So I’m thinking, Geez, what can I write about now?  I’ve already covered the aging, the lazy, the awesome, and the dishonest detectorist—what could be next?  I feel like I’m running out of categories here, and wracking my brain to come up with some good content. I’ve got some thoughts, and they might offend the self absorbed who think I’m specifically writing about them.  But writers block is real, so I’m going to go for it while my mind is on a roll. 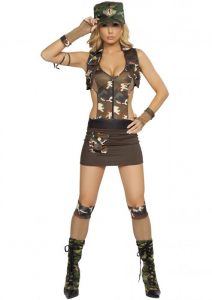 A few years back I wrote a post about a variety of things, which in it’s title included the words “tank tops”.  The post was not aimed at any specific person, rather a generalization of a few different topics, including what some women wear while detecting. I used to exclusively wear tank tops in summer, and for no other reason than it was really hot hiking around the woods or fields all day digging holes.  But I mentioned that some women detect in questionable outfits for obvious reasons.

Well, one person in particular took great offense to my mention of tank tops, and assumed I wrote the post about them.  It was all I could do to hold back from the angry accusing messages I received. Luckily I’m a diplomatic soul, and I patiently explained where the reference came from, but finally, after having enough, had to put them in their place by responding “not everything is about you”.  That persons existence had never even crossed my writing radar.

Fast forward to a few years later, and the incident came up in conversation at a hunt. I found myself explaining it all again, and wondered how far this person had actually took their allegations at the time if people were still mentioning it to me now.

Another time, I wrote a post about detecting and opportunists, again, a type of person, not an individual.  I was generalizing.  I’d had some recent experiences with different people, and had also listened to some fellow detectorists talk about their experiences with opportunistic types.

So I wrote about it, and it was an engaging post.  Folks could relate. Job well done, I thought. But, I found out later, someone who was either a hater, or just likes to gossip, told another person that I had written the post about them. Why would someone do that—I don’t know, but some people just like to cause trouble. A rumor then started that I was going to beat that person up because they had my shovel. Seriously?!  They had my shovel, I left it in their car, and I texted them and asked them if they could bring it to the upcoming hunt—that was it. The person was so frightened they gave it to someone else to give to me. I was in disbelief over the sheer ridiculousness of it all. If, in my lifetime, I ever choose to fight someone, it sure as heck won’t be over a stupid shovel.

I had just about forgotten the whole thing until someone recently brought up to me that they heard I was going to, or had beaten someone up over a shovel.  Really?! That was like 10 years ago, WTH?  Annoyed as I was about it at the time, I had to laugh now as I thought that some people still believed I was “The Shovel Beater Upper Person”.

However, these instances were a good reminder to me that I have to continue to be very careful when writing.  You never know who will see themselves in an article and make assumptions, or who might want to stir up trouble just for troubles sake, or who the haters are.

I don’t specifically write about a person. If I relate an experience with an individual, I won’t name them (unless I get their okay first). I may say something like “a guy (or girl) in one of my clubs”, and to keep it anonymous change the details, or venue, or switch the gender, from a guy to a girl, girl to a guy, or say it was a club hunt when it was actually a private permission, etc… I may be thinking about a type of person, and then write an article on that type, but not an individual.  For example:  Some people detect with an arched swing with their detectors 4-6 inches off the ground.  Everyone knows the type or has seen someone who does this.  It’s funny, and I put a humorous twist on it. I’m not picking on a particular person, just describing a particular detecting style.

Another example is the person who talks to themselves out loud the whole time they’re detecting, giving others a virtual play-by-play of their day long detecting drama that you never wanted to hear.  We all chuckle, ‘cause it’s funny, but are secretly glad we don’t do that ourselves.

Now someone who talks to themselves constantly while hunting, may read this and think I’m talking about them and take offense to it, but honestly, if you think it’s you, then just shut the heck up.  Just kidding, but it was funny, I couldn’t resist putting it in there.

Anyway, I managed to find something to write about, cynical as it may be.  Guess that’s my mood today, and if you took offense, I meant no offense. Having fun with, and writing anything humorous about a hobby folks sometimes take way too seriously is hard. There’s not a lot of humor in metal detecting.  Rusty stuff, and environmentally damaged coins, buttons and buckles doesn’t usually bring a reader to the point of tears with laughter, but I try, gosh darn it, I really do try to at least get a chuckle. 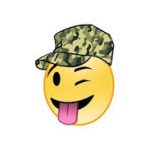 So, get out there and swing your machine haphazard, arched, straight, all over the place, and talk to yourself the whole time.  It’s a hobby, and if whatever you’re doing brings you pleasure, have at it, but please remember that no matter what “type” you are, I’m not going to beat you up over it.