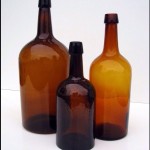 Tales of the Hunt :
“Collecting: Sin or Solace”
by Bill Cameron

Hello everyone my name is Bill Cameron and I am a collector. Attending meetings is not required, but I do have all the earmarks of a hardened addict. Whenever I discover a “Find”, my palms sweat, my eyes dilate and both my voice and blood pressure go up an octave.

Where did this addiction begin? It must of come from somewhere or someone. My parents were not collectors. My mom had a cigar box of clothing buttons that she prized but never displayed. Sometime between World War II and the Korean War when I was 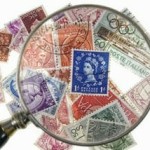 about nine or ten I began my jaded life of acquisitions: first I collected Stamps, then baseball cards, then comic books and pre-war pennies. A few of my pre-adolescent collectibles remain today: an album of mediocre stamps, and a handful of less than stellar pennies. The 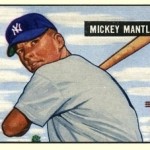 valuable baseball cards and comic books were lost in moving vans over the years. However, there was a brief period when my collecting urges went into remission. Those were the years when I discovered girls, and went into Naval service.

Sometime in the early 1960’s I was exposed to my first fix of antique bottle digging. It only took uncovering an 1890 strap shoulder whiskey flask in an old dump, and I was hooked again. I soon progressed from backyard midden heaps to city landfill sites and outhouses. Finding a bottle treasure at the bottom of an eight foot deep outbuilding still brings a smile to my face. There is a price to be paid any time you dig too deep. For years I have lived with poison ivy, cuts, bruises, sore arms and a hurting back.

In time I acquired a wife, who tolerated my bizarre explorations. Soon after our marriage, we purchased a small house that we bought, not for its proximity to good schools and fine shops, but because it had a large number of built in shelves and display cabinets. Now,there is an ever evolving show of of bottles of glass and clay and even colorful reproductions. The shelf of one cabinet is filled with curios that I have dug or acquired at estates sales. A friend recently asked me why I don’t sell some of my better bottles. I was taken aback. Collectors collect, they do not sell unless it is to add to their collections.

When my three sons where just children, innocent and impressionable, I introduced them to the world of collecting. I feel no shame. My only regret is that after they all married and moved out, my basement and attic are still the repository of their collections. Billy, my oldest, is into baseball cards and comic books. Jon, my middle son, still loves all things Star Wars. Leon, the 6 foot 2 inch baby brother, left boxes of Batman and WWE wrestling action figures. The quest goes on. Billy’s son collects sneakers and world class soccer jerseys.

Jon’s two red haired girls revel with their collection of Barbie and American Girl dolls. Leon’s wife has no idea why he loves all WWE wrestling memorabilia.

Now that I have bared my soul and confessed my sins I have one piece of advice to complete my tale. These words of wisdom came from my mother over fifty years ago. She said ”Son, when you go to bed at night your last thoughts before you fall asleep should not be about unpaid bills, unfinished work or troubles, but thoughts of something that brings you joy like your collection.”

Collect what you love and love your collections.

Comments (3) on “Tales of the Hunt: “Collecting: Sin or Solace” Guest post by Bill Cameron”