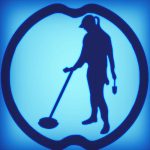 I’ve been approached by many people complimenting me on my blog, and what I hear most often is “more hunt stories please, more hunt stories“. I’m always surprised and flattered by this, because if you log onto social media these days, you’d likely be convinced that all people care about is seeing photos of finds or links to YouTube videos.

But I have my niche. Despite all the hoopla on social media, the constant barrage of videos, and “lookie what I found” posts, there are still some folks out there who remember what the hobby was before Facebook & YouTube… in the days before reading became passé.

I have a love/hate relationship with social media, with the hate part of it being because I feel forced to have a presence there. Maybe I’m tired from from 8 hours of detecting, want to take a nap, and don’t feel like posting my finds today. But oh no–Facebook keeps reminding me about my stats, so screw sleep, I’m going to clean, photograph, and post that “treasure” I found today so that the statistical information, (that I never requested), can keep reminding me of how great my posts are doing. Yeah, right, I don’t think so.

The love part of it is that one of the benefits of Social media is that you do get to see what others are finding. You no longer have to wonder if folks are finding the same old buttons, buckles, coins or strange relics that you’re finding, and you discover that there are such things as trimes, and gold coins even though you may not have recovered them yourself (yet). You can also get a lot of input on what an item you found might actually be. Some of that input may be questionable or posted in jest, but there are actually some folks out there who are knowledgable about such things, and can identify your whattheheckizit’s.

I get it though. In our new world of instant gratification, its easier to post a video or a pic than to write about something. I post pics myself when I don’t have the time to sit and write for an hour or more. But I’m puzzled that with the popularity of blogs, there are so few metal detecting blogs out there. It’s as if the old saying A picture (or a video) is worth a thousand words has become the new slogan of the hobby. 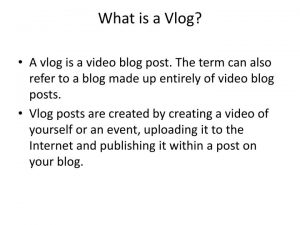 One of my favorite bloggers recently changed his blog to a “Vlog”, and I was very disappointed. I think the details get lost on film, it’s always the same story, signal, dig plug, locate target, zoom in on it, and talk about how cool it is. The video is only as good as the enthusiasm of the person filming it. And if you want to be known for your personality alone, well then YouTube just might be the place for you. But I also know from experience that editing video takes a lot of time, and then I wonder… don’t any of these people have jobs, families, relationships, or responsibilities? I barely have time to go to the grocery store, and have to get up an hour early in the morning to find time to write. I just don’t get it.

And what a perfect time to mention “The Unicorn”, this is a local guy, but I’m sure there’s more than one of them out there, who shows up at every group hunt with a camera strapped to his head, videoing everything, even people’s conversations. Since realizing his camera (unicorn horn) is always turned on, I’ve stopped talking to him, and stay out of an area if I know he’s around. It annoys the heck out of me, especially when I’m digging a hole, look up, and see his head turned in my direction. If your going to film people and post it on your YouTube channel, at least ask if they mind. Otherwise it’s just plain rude.

Yes, we live in a world where there are video cameras on every street corner, I’m aware of that, and can imagine just how many times I’ve been filmed without my knowledge, but this is metal detecting, and generally not in a high crime or traffic area where such things are necessary. It’s my hobby, my private time with friends, enjoying what I love to do, and even though I’m a generation X’er, raised on the cusp of all these technological breakthroughs, I’m still part old school. Filming your recoveries and time out in the field is one thing, but filming everyone and everything is another. I personally feel it’s an invasion of my privacy, and privacy still matters to me.

I’m not immune to getting sucked into the whole social media whirlwind either. I whined and whined for that darn GoPro camera, because with my passion and creativity, I knew if I put the time and effort into it, I could make some darn good videos—and all of them perfectly timed to be within the 3 minute attention span one has for such things.

So where are these videos? Fabulous question, and I’m sure the wonderful person who bought me the GoPro is wondering the same thing… But I had to ask myself–Do I want to have a blog or a YouTube channel? Do I want to be a writer, or a no budget film maker? And the reality is that it doesn’t take much talent to film yourself digging a hole, but it takes a heck of a lot of talent to be able to write about digging holes and keep it interesting.

Sure, there are a few good YouTube channels where the person creating the videos takes pride in what they put out there, and the videos are actually entertaining, but the key word here is “few”. I’ve seen some videos that just blow me away with their full 15 minutes of mind numbing coil swinging leading up to 20 seconds of someone yelling “wahoo” as a Buffalo nickel is recovered. Really? 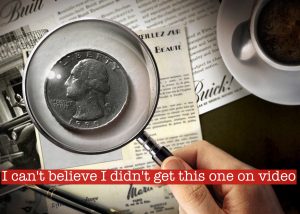 But, as with everything else on social media, it’s all about the views–Who cares if it’s a sucky video, it must be amazing in some way because it has 12,347 views!

I enjoy the instructional videos, like how to clean coins, re-tune your pinpointer, get the most out of your machine, etc…. But what has been kind of alarming to me recently, is the increase of videos and pics that at times make me feel embarrassed to be a woman. You guys know the ones I’m talking about, they’re probably your favorites. Who cares what she found, she’s showing skin! Or better yet, major cleavage—woo hoo!!

The younger generation thinks they know it all and they live in the moment, and that’s okay, because we all did that too. We’ve lived it already, that’s why we now shake our heads, and why those pics and videos sometimes embarrass me.

I used to detect in camo pants and a wife beater too. Just look at my signature blog photo, the photo I am most known for above. That was my clothing of choice in the summer months, but all it took was one photo of me bending over looking at a find, with the girls all hanging out to put an end to that whole fashion faux paus.  It just wasn’t the image I wanted to, um, pardon the pun, “display”. 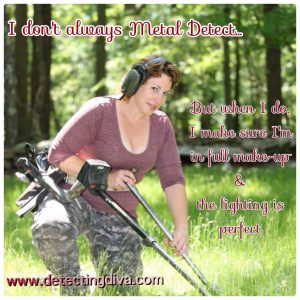 I did put one cleavage shot out there as a joke for a meme, and I don’t regret it, because it was kind of funny, but if they were all like that, who would take me seriously? Breasts will eventually sag, and skin will wrinkle, but detecting is ageless. It’s my lifestyle, and my passion, and I will be doing this as long as I can, whether my breasts can keep up or not, and I want people to read my blog because its real, not because I’ve got breasts.

I better stop myself right here, or this will be classified as a rant. Which it probably already is, but, whatever, it’s my blog, I can write what I want. Besides, who knows, someday I may just take that GoPro out of the box and create that 3 minute YouTube video that (sucky or not) goes viral, or suddenly decide to wear tank tops again, and then have to eat my words.

Happy Hunting Ladies–this is just my opinion, and I’ve been asked to speak out, but frankly I’m torn, so, ignore the hecklers, and embrace the fans, ’cause this whirlwind will eventually end, and in the end, your going to do what you want to do anyway.