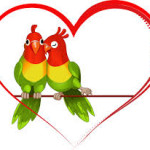 Out of the archives comes some more metal detecting humor that you may (or may not) be able to relate to–enjoy!

Is your significant other also your detecting partner?  Do you know what he or she is thinking?

Here are some examples; some drawn from experience, some from humor, of gender differences in the hobby and what your partner could or might be thinking or doing …

He spends many a night on the forums reading up on the latest technology, performance and field tests before purchasing or contemplating the purchase of a new machine.
She figures with all that research, he must know what he’s talking about and purchases the same machine, or better yet, borrows his.

He spends a lot of time fine tuning and testing his machine to get the best performance in the field.
She turns hers on and goes hunting.  When he is perplexed about her turn on and go attitude, she lets him adjust her settings.

When his machine isn’t performing the way he likes, he takes the time to go through, check and re-adjust his settings if necessary.
She hit’s the factory reset button, moves on and shows him all her finds.

When she finds the only two decent targets and everyone else gets skunked, he points to where she was hunting and says “They must have put fill in that area.”
She thinks he spends way too much time adjusting his settings and not enough time hunting; or, what a jerk.

When hunting together, he thinks that calling her over frequently to listen to his signal, before he digs it is helpful to her.
She digs what sounds good to her and wishes he would stop interrupting her so she can detect.

When she tells him she loves the thrill of the hunt, he tells her he thinks she likes the finding part, not the hunting part.
She thinks…men hunt, women forage, same difference…whatever.

When he recovers a beautiful gold ring with a sparkling gem and she says “Oh honey, if it fits can I have it?” he says “sure”, because he thinks it won’t fit.
She has vast knowledge of finger to ring sizing ratio, knew it would fit before she asked,  and thinks—He’ll never say that again.

He thinks she wastes too much time at the beach digging targets with her little T-handle shovel and doesn’t understand why she won’t use her new “diesel” sand scoop.
She thinks, why should I carry around that heavy scoop all day when I’ve got him to help dig if I need him.

He thinks no detecting day should end without stopping on the way home, for food and socialization with their detecting buddies.
She thinks OMG, I’m looking rough and dirty, there goes my diet, and do men ever do anything that doesn’t involve food?

He gets up at 2am, splashes cold water on his face, dons his camos, gathers his gear and is waiting for her (annoyed) in the car by 2:15 am, to make sure they hit that low tide on time.
She gets up, makes coffee, showers, does her hair, puts on make-up, chooses her outfit and wonders what his friggin’ problem is?  He should be happy she got up at 2am to join him.

Disclaimer:  Although this article is mainly from a woman’s point of view, and might make women look clueless or uneducated, or men über technical and aloof–it is what it is– just humor. I really do understand those settings on my machine…somewhat…
Happy Hunting!

Comments (2) on “Is your Significant Other also your Detecting Partner?”